What are postnuptial agreements in Florida?

Some of the matters that may be addressed in postnuptial agreements are:

As long as the provisions are compliant with the laws of your state, most marital issues may be addressed.

Do Postnups Hold Up in Florida Court?

Who Needs a Postnuptial Agreement in Florida?

A postnuptial agreement is recommended for many situations, but it is especially important in the following scenarios.

Business Owners. If you own a business and want to protect its earnings, even those that have occurred during the time of the marriage, a postnuptial agreement can help.

Fear of Financial Talks. If you and your spouse were worried about discussing finances prior to your wedding day but now that you are married, you see how a mutual agreement could be beneficial, a postnuptial agreement may be the route for you.

Do You Need a Family Law Lawyer in Florida for a Postnup?

In short, yes, you should have an attorney to represent you in a postnuptial agreement for several reasons:

Remember, when you hire an attorney, their job is to look out for your best interests.

Postnuptial agreements do not have to be something to fear but can be something to help you and your partner prepare for the future for whatever may come. Find out if a postnup is right for you and your unique situation and contact us today either online or at 904.203.8776.

How about a Free Case Evaluation? Book Your Appointment Today to Leave Your Legacy!

Fantastic! Thanks for trusting us with Your Estate Plan & Legacy. 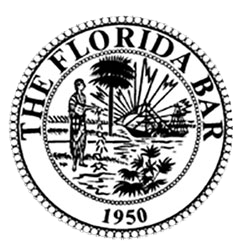